“We sent them with clear proofs and the Zabur. And we revealed to you the message that you may make clear to mankind what was sent down to them and that they might give thought.” (Qur’an 16:44)

Insh’Allah this section will deal with common arguments among the federation of sects that are known collectively as the ‘Qur’anist‘.

This section will be refuting their many bold assertions as well as showing why this particular approach to Islam is deeply flawed.

Questions for the Qur’an Only Religion that can’t be swept under a rug.

The Claims of Self Proclaimed Prophet: Rashad Khalafa Father of the number 19 theory.

Over it are 19: Critique of the number 19 pattern used by Quraniyoon.

Refutation that oral traditions came 300 years after the Prophet.

Even though they used to say that the hadith -oral traditions came some 300 years after the Blessed Messenger (saw).  Praise be to Allah the more educated among them have backed away from that claim. However, this article is here because many in that movement may be unaware.

Prohibition against writing hadith? Refuting the claims of the Quraniyoon.

Does the Qur’an itself tell us to reject all hadith?

This article is a nail in the coffin for the entire movement. Some from their movement have commented but ended up leaving in frustration. It looks at their arguments and misquotations of the Qur’an. Also given in this article is an irrefutable example of Allah confirming a hadith to the Blessed Messenger [saw].

The appropriate age for a female to marry and bear children according to the Qur’an alone.

Contrary to what the Quraniyoon may tell you a woman can get married as young as 12 years old according to the Qur’an.

Did the Blessed Prophet Muhammed write the Qur’an?

I had written a refutation like this many years ago on the ‘Qur’an only‘ web site known as http://www.ourbeacon.com/ or it used to be known as ‘Galaxy Dastak‘. Dr. Shabbir Ahmed founder of the forum had me banned. This was also the last I heard from my friend and former teacher Hamza AbdulMalik. Hamza AbdulMalik used to be the director of IPCI international until he dropped off the radar and re-emerged as a Quranist.

Well, I may have been removed from the forum but here is the refutation of their arguments for all to see here:

Is Showing Love and Reference for the Noble Prophet Idol Worship? Refutation of the Qur’an Only Religion.

A pre-eminent argument used by ‘Quranist’ ripped to shreds By Dr. Jeffery Lang.

The most oft-quoted verse used by Quranist is analyzed and ripped apart by a Muslim convert, academic, and professor of math, Dr. Jeffery Lang.

This is a centerpiece argument used by Edip Yuksel, Sam Gerrans, “Joseph Islam”, Rashad Khilafa, Shabir Ahmed and the lot of them. The reason why this argument is especially devastating coming fromm someone like Dr. Jeffry Lang is that Dr. Lang is critical of the hadith corpus as we have it today.

My mother’s conversation with representatives of the Qur’an Only Religion from India.

An interesting conversation in which I gave advice to my mother who engaged with some Quranist.

Use and abuse of the word hikma by Quranist.

The following is a look at how Quranist have both misunderstood the word hikma as a reference to the Qur’an and how they do not understand that it is something that Allah gives his messengers to deal with situations and context not immediately addressed by the revelations they were given.

This article a hypothetical question is posed. What if a particular ahad hadith turned out to be correct? Especially one that is of a scientific nature? What would the Quranist do in such a scenario?

Is the Qur’an clear?

An introduction to this topic. A brief discussion about the Mutazlite Shafi’i theologian Shaykh Abd Al Jabbar.

Qur’an Only religion is intellectually bankrupt.

Salaat in the Qur’an is not ritual prayer? Examining the claim of some Quranist.

This article looks at one Quranist claim that salat is not ritual prayer. This is what happens when you abandon the understanding of the Blessed Messenger and follow the ‘every man for himself’ approach of the Quranist.

My discussion with Joseph Islam on the Qir’aat and Ahruf.

Quranist Sam Gerrans claim that the Earth is flat

Further Mutazalite refutation of the Quran Only Religion 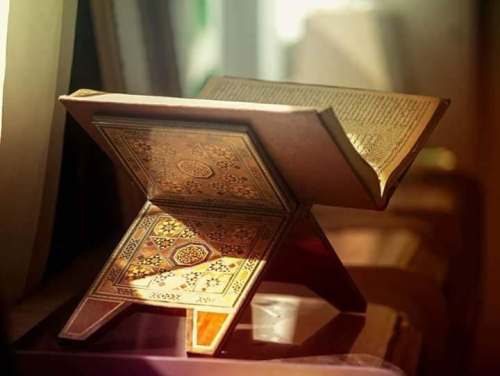