“Verily! In the creation of the heavens and the earth, and in the alternation of night and day, there are indeed signs for men of understanding.” (Qur’an 3:190)

For those who do not know, follower of the Qur’an Only Religion and translator of the Qur’an, Sam Gerrans believes that in his deep study of the Qur’an that the conclusion is: We live in a stationary, flat earth, with a solid firmament above us. You can see his full discussion here: https://www.youtube.com/watch?v=qDSMK34QNfI&frags=pl%2Cwn 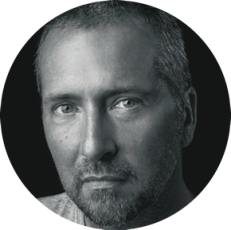 Now it is not clear if Sam Gerrans believes that we have a universe or if that is also part of the deception. In his thumbnail he puts God “outside” of the Creation, or so it seems.IN his thumbnail (not included in the picture above) he has the “Heaven of Heavens” and than God is “above” it. Or so it seems. Because if it’s all flat we don’t really know if God is “above” the Creation or below it.

Theology is not a strong point of those who follow the Qur’an Only Religion so it hard to glean rather or not Sam believes that Allah(swt) is outside of space/time.

This was the belief of the ancient people that the Earth that we live in is flat.

“The tree you saw, which grew large and strong, whose top reached the sky and was visible to all the earth.” (Daniel 4:20)

This is the belief of those who believe in a flat Earth. No such tree has existed or ever will exist, because in a spherical world it is impossible to see such an object. Not to mention the fact that objects appear smaller/larger via distance to that object.

We said: O Dhu’l-Qarnayn: thou shalt either punish or take concerning them good.” (Qur’an 18:86)

Why Sam feels the need to translate into English “thou shalt” in the 21 century is beyond me. To each their own I guess.

Now I would personally offer to do this for Sam Gerrans, and I hope others would join in on this fun little project. That we get different people who live in different time zones (unless that to is part of the conspiracy) and as the sun “sets” in my area some one else who is experiencing 1:00pm can tell us if the sun has “departed” or not.

Now the only place on the Earth (in my limited knowledge of topography and geography) that might fit this description would be Iceland where they experience the “midnight” sun with 6 months of darkness. Yet, I am really really hoping that Sam does not believe that during that 6 months of darkness that the rest of us who do experience sunlight are under some kind of mass hallucination.

At this point it sounds like we are all captive in the “Dark City” than anything else.  Interestingly, Dark City is a film I found on Netflix recently and decided to watch. Since the film has been out for some time I believe it is safe for me to say that basically the inhabitants of the Dark City are humans who have been kidnapped by a dying race of alien beings. They change the memories around of the inhabitants and keep them in almost like a spell induced sleep. The place they live on is a flat disk (craft) and no one can ever seem to find the outer limits of this city (because there is none).

“Until, when he reached the setting of the sun, he found it setting in a spring of dark mud, and he found near it a people. Allah said, “O Dhul-Qarnayn, either you punish or else adopt among them goodness.” (Qur’an 18:86)

This is side by side with Gerrans translation:

We said: O Dhu’l-Qarnayn: thou shalt either punish or take concerning them good.” (Qur’an 18:86)

Now either the Qur’an is using language that describes how some human beings perceive their reality (which is very damaging to the claims of Sam Gerrans), or we are confronted with the reality that the Qur’an contradicts observable phenomena. Observable phenomena which is tawatur -continuous mass testimony.

The sun neither sets nor departs. It is part of the language that is used even in the 21st century unlike “thou shalt”.

For example: It was part of the language of the people when welcoming the Blessed Prophet (saw).

Now if I had to choose between the following:

1) Their is a massive conspiracy out there to deny the truth of a flat Earth, where the water some how doesn’t fall off the edge, and there is some ice wall /or barrier we cannot penetrate.

2) Sam Gerrans is part of some psy-ops that is out to make the Qur’an look absurd.

If I had to choose between the two I would say that 2 is more likely. The problem is that science itself is often very dumb and I do mean very dumb when interacting with people who believe the Earth is hallow, or the flat-Earth people like Sam Gerrans.

However, look at this image and study it for a moment. Why do you think it is extremely dumb to use 2D images of 9 disc pointed one way and one 2D image of a disc pointed another way to prove that all 10 of the disc are spherical?

Where as the next point is more cogent and people like Sam Gerrans really struggle to explain this. 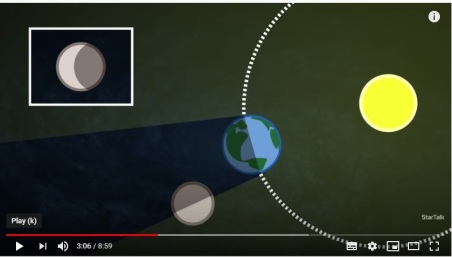 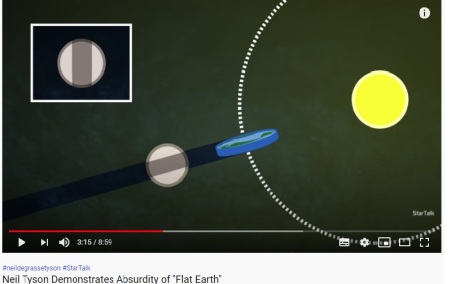 So yes I am more likely to believe that Sam Gerrans is a part of a psy-ops that wants to make the Qur’an look bad than I am willing to believe there is a massive conspiracy to deny that our Earth is flat.

This is an Islamic Globe dated from the early 1800s. Source: https://collections.rmg.co.uk/collections/objects/19691.html